After a spectacular show for Brahmastra at the Kumbh Mela on Mahashivratri, the makers released a full-fledged logo of the three part series, starring Ranbir Kapoor, Alia Bhatt and Amitabh Bachchan. In the video, we can only hear the trio talking about a mysterious weapon as the Brahmastra logo takes form. Ranbir asks Amitabh Bachchan about the existence of a weapon which is in pieces and will form a circle if put together and which is visible only to him. Amitabh Bachchan says that it the lord of all weapons, the ‘Brahmastra,’ which contains the power of the universe. He also explains why Ranbir alone can see the weapon, “because you are connected to the final battle of the Brahmastra.”

Take a look at the logo of Brahmastra here:

On Monday, team Brahmastra launched the logo of Brahmastra at the Kumbh Mela in Uttar Pradesh. 150 drones lit up the sky to form the logo after which the team, led by Ranbir, Alia and director Ayan Mukherji, performed an aarti.

Here are pictures from the Brahmastra event at Kumbh Mela: 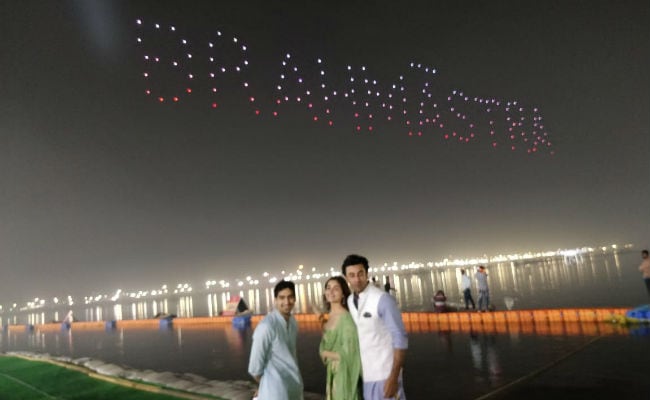 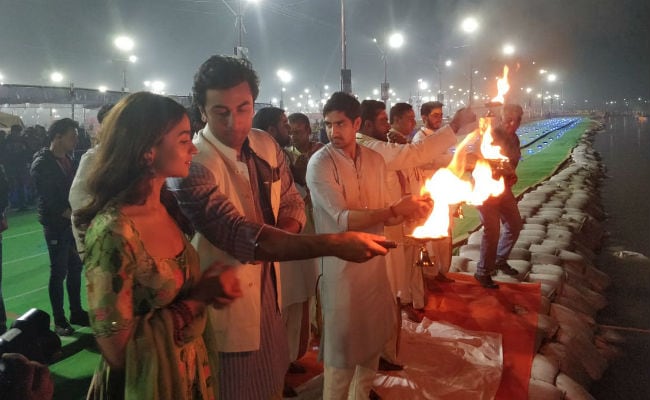 Brahmastra is a supernatural film series made on a mega budget under Karan Johar’s Dharma Productions. Speaking about the film, Alia Bhatt had said that Brahmastra is set in a “new world” and that the cast did not have to “learn any dialect for the dialogues.” She told news agency PTI: “We are very excited about the film. It is a step ahead. This will take cinema to another level.”